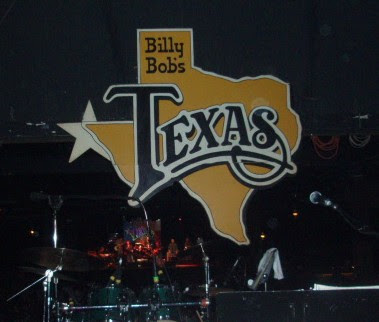 I am back from the Big D Bash in Dallas, Texas and I have to say, I had a really great time from every aspect of the weekend. Our AA flights were on-time and really comfortable from Philly to Dallas. I rented a car with GPS so we could toot around and see the sights which was very handy because there are many complicated highways with lots of confusing intersections. Our GPS got us safely everywhere that we wanted to go except for Luby's. Every Luby's it took us to had been long closed which was very sad, they don't have them here in New Jersey and we didn't find one that was open until we were on our way back to the airport. Next time I know where to go! We were not completely disappointed though because we found lots of great authentic mexican food and Sonny's Smokehouse Texas Bar-B-Que! 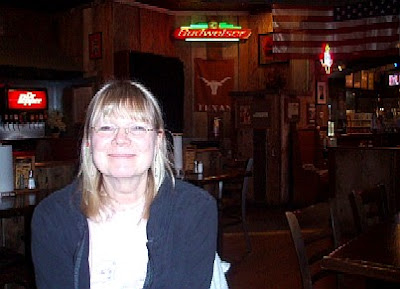 Our gracious hostesses/co-directors of the Big D Bash were Barbara Albright and Sondra Crank. They worked very hard all weekend long to keep everyone happy and I personally think they did a wonderful job.
The Sterling hotel was really nice, my room was just steps away from the ballrooms where the event was being held. The restaurant in the hotel also had great food and was very reasonable. There was a nice lobby with comfy chairs to hang out in that had free Internet and a Starbuck's coffee bar in the center of it. The workshop ballrooms were comfortable and they all had nice floors. The workshops were fun, I was able to learn lots of dances from Michael Barr and Michelle Burton, Doug and Jackie Miranda, Nancy Morgan, John Dembiec, John Robinson and several local guest instructors, Judy Guiterrez, Rosalee Musgrave, Merilyn Jerome, and Anita Williams plus one from Scotland, Olive Borland. I was also very honored to be asked to teach a workshop too. I wrote and taught a new dance called "Worry B Gone" and was very excited to have a packed room. Texas line dancers are all very warm and friendly - thank you for being so nice to me and making me feel so welcome!


Dances that we learned included: Country As A Boy Can Be, Tiggerific, Going With The Flow, Firecracker, Country Girl, Shades, Escape My Love, Make A Memory, Hello Again, Imagine That!, Seal Our Fate, Reason To Cha, Sexy Oreo, Let It Be, Bam-A-Lam, Worry B Gone, Don't Stop, Old Tears, She Ain't Mine, Foolish, Western Kick, She's A Firecracker, Doors Of Life, Push Play, Cupid Shuffle, Bring Me Water, Don't Stop, Rock With You, Mama Don't Dance, Dutchess Beguine, Big Blonde and Beautiful, Bandstand Boogie, How Long, Cantaloop, Less In Time, Mustang Sally (Cajun Style), World On A String, What Y'all Came To Do, Testify To Love, More Than Life, Hound Dog, Love 2-Step, Texas Jam, Dreaming, Hey Diddle Diddle (Michele Burton/Michael Barr), Georgette's Cadillac, Sing Sing Sing, Taking Off The Edge, Quantum Leap, Foolish Heart, Charleston Freeze, Wallflower and Quickie. There were also technique classes in Arm Lines & Styling, Spins & Turn Technique and Latin Cha-Cha. It was a full weekend that covered all levels of dance from beginner through competitive level. There were also several competitors in choreography, classic and showcase. Many of the dancers came out to cheer for us. The choreography winners also won workshop teach spots on Sunday morning. 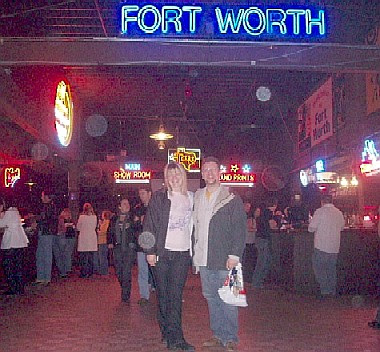 This event has something different from other events, box lunches and dinners with the instructors which also include a special lesson. Michael Barr and Michele Burton held a Friday night dinner workshop where they taught their group a really cute dance called Here Comes The Rain in a team performance style so that they could perform it on Friday night, it was awesome. John Robinson taught his workshop/lunch routine on Saturday so that his group could perform in the Saturday night show which had a Mardi Gras party theme. I have to confess that I missed the Saturday night show which from what I hear was very cute. Doug Miranda was an excellent emcee and brought many games to keep the audience entertained in between acts. I apologize for sneaking out for a few hours but just down the road was an awesome country nightclub called Billy Bob's that I have always wanted to see and Delbert McClinton was playing that night. I have never seen such a large club, it dwarfed Raleigh's Longbranch Saloon which I used to think was huge. The inside of Billy Bob's looks like a little city. We had a blast dancing the Texas 2 Step all night long to Delbert's music, the concert was awesome. We high-tailed it out of there and made it back a little after midnight and the Saturday night party was still going with DJ Louie at the helm.


We had a late night flight on Sunday so we had extra time to tour downtown Dallas, see the grassy knoll, walk around the West End clubs, visit a really big mall and eat at another great mexican restaurant called Cadillac. Best of all was touring the Dallas Aquarium - this was the most interesting aquarium that I have seen yet with many levels of waterfalls, reptiles, birds, bugs, exotic plants and animals from all over the world. It was more like an indoor zoo with entertainment, there was even an authentic American Indian dance show. I was amazed at the size of it - I guess everything really is bigger in Texas! 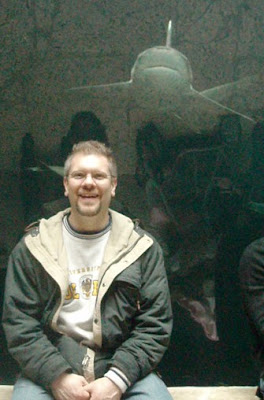 All-in-all it was a great weekend from beginning to end. Next year I would get there early and go line dancing at Billy Bob's on Thursday night (I hear they do Badonkadonk there) so that I won't miss the show and open dancing on Saturday. Did I say next year? Absolutely, this is an all line dancing event that you should not miss, make sure to add it to your dancing agenda!

Posted by Pepper at 4:26 AM No comments: 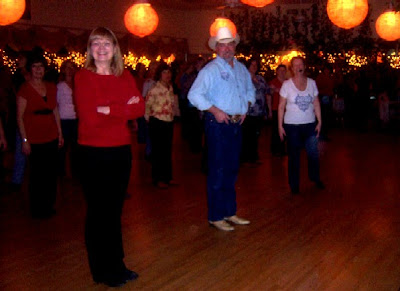 Local line dance instructors get together at the Ballroom Etc. studio in Sea Girt, NJ. Pepper, Renegade Rich (www.RenegadeRich.com) and Double D's Linda Dellett are shown in the photo above. Double D hosts a line dance party the first Saturday of each month at the Ballroom Etc. studio - you can contact them for info at DBDellett@aol.com. Rich has a dance party every Friday night at Indian Rock Resort in Jackson, NJ. Pepper's Monday night class is growing every week, we have a new record of over fifty dancers this session! 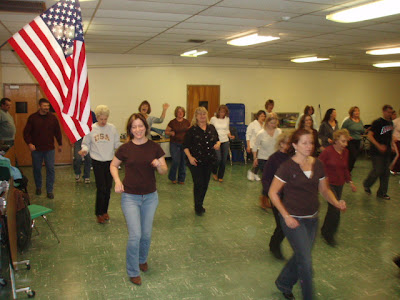 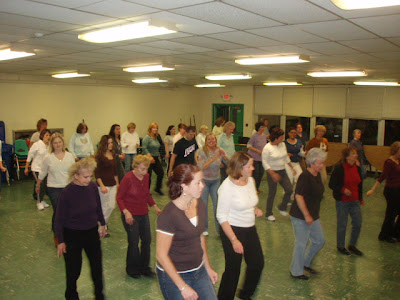 Other NJ clubs to visit in our area: Join Michael and Kathleen on Thursdays at Club Centro, The Colorado Cafe and Prospectors.


Another UCWDC Worlds has gone by, trophies have been handed out and we are already starting a new competition year. I enjoy Worlds on many levels. Being a competitor there is so much to experience - writing choreography for your routines, preparing your costumes, meeting fellow competitors from around the world, the excitement of performing under those bright lights on the big floor and nervously waiting to see who gets to stand in the 1st place spot on the awards podium - nothing can compare to it. Worlds also offers a wonderful social dancing opportunity and workshops with choreographers that you don't normally get to see. This year I followed Robbie Mcgowan Hickie around, I am his new number one fan :-) I also really enjoy the dance shows and I love to watch the Masters Couples compete. If you want to experience it for yourself next year, check out UCWDCWORLDS.COM Worlds moves from Nashville to a new location, my favorite place on earth - Disney World. The photo above is from the 2007 Mickey's Very Merry Christmas Party - we had a blast. I love to dance and I love to visit Mickey so I can't wait to mix the best of both worlds at Worlds 2009.
Posted by Pepper at 7:48 PM No comments: